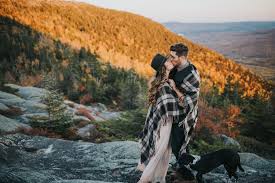 A few days ago, a friend posted a picture of their beloved family summer house with the caption “Goodbye, little house! See you next year!”

On Monday, the girls received their class lists in the mail; their beloved friends are filtering back home; and as I’ve walked the dog in the last few mornings, I’ve found it — dare I say it? — a little cool.

When I was younger, I knew summer was pretty much over as soon as the box arrived from LL Bean: my new Blucher moccasins, my same grey sweater in the next size up, a couple of flannel shirts. I only ordered the boots once — I still have them.

Every year, I’d leaf through the catalogue with its pictures of fall in northern New England — a world of foliage, canoes, dogs, and people all drinking coffee with their friends on some dock — and it seemed so foreign and wonderful, and so very different than the hazy, hot, and humid days of early August where I was.

There’s a moment in The Great Gatsby when Daisy tells Gatsby admiringly, “You always look so cool.” By which she simply means “cool” as opposed to “hot,” as all the rest of them are in the oppressive heat of a Long Island summer. Yet not so simply, it’s also an acknowledgement of Gatsby’s particular aura, the way he seems to represent almost a different quality of being that others do not share.

Sitting at my grandmother’s dining room table, leafing through the LL Bean catalogue, the pictures of autumn at some lakeside camp up north always looked cool to me in just that way.

And so, when the box finally arrived in the waning days of August, I was more than ready for a new beginning — a new school year and all that it might hold, and most especially, the possibility of glimpsing in myself that effortlessly self-confident, unhurried adult life from the catalogue, where maturity was an invitation to a long weekend that never ended.

That’s not how adulthood has turned out for me. (For which, thank God.)

But each year at the end of summer, I still find myself eager for a new beginning, and still hoping for a glimpse into what the year might hold for me and for the people I love.

What’s ahead? What will happen next?

Increasingly, I’m aware of how God journeys with us, sometimes hiding in plain sight, and yet working powerfully in ways that often become clear only later.

Our challenge as faithful people is to learn how to see, and also to trust, so that we might be sustained through the times when seeing is impossible for us.

The new beginning we find in God’s love teaches us over and over to proclaim the promise that in Him, all things will be made new.

So may we be blessed by this moment of new beginnings and able to embrace it gladly, sustained by hope for what may come, and mindful of the One who loves us no matter what may happen. May God draw us ever closer in these days.

See you in church,