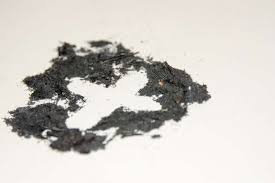 If you’ll indulge me, there is a moment in the second of the Harry Potter books by J.K. Rowling that I have always found particularly evocative.

If you don’t particularly know the books, they are the stories of a young wizard who is orphaned as a toddler and then raised by non-magical relatives until his tenth birthday, when out of the blue, he is invited to attend a school for witchcraft and wizardry, and he comes to find out who he really is, and to join the world to which he truly belongs.

At the beginning of the second book, he is returning to school for his second year, and he is taken from the train station in a carriage pulled by a magical creature.

It is a not particularly important detail.

Except that it turns out almost all of his classmates, all of whom are also being taken in carriages pulled by one or another of these creatures, can’t actually see the creatures.

To them, for some reason, the creatures are invisible. Harry is perplexed by this, because he sees them very clearly.

But then he discovers that one other student, a girl in his class who has tragically lost her mother, is also able to see the creatures. She explains it to him.

It turns out you cannot see the creatures unless you’ve seen someone die.

It is a small detail in a book for young people, and the book is not about grief or death or God.

But it names something that strikes me as profoundly true, which to put it simply, is that grief shows us things…it opens our eyes to things…that other people cannot see.

Grief uncovers some of the mystery behind how things actually work.

Or say it this way: grief uncovers the mystery behind how some things work.

Grief teaches lessons that we could never otherwise know. So often, people who are grieving say things like, “I never really knew…”

I never really knew how much I relied on him until I had to sort through his desk.

Because of her Scandinavian reserve, I never really knew how much she cared until she was gone.

I never knew how, deep down, we were so very much alike.

Grief teaches us those lessons. And while they’re hard to learn, it’s often knowing them…carrying that sad new wisdom… that seems as if it will be hardest of all to bear, especially when the grief is recent.

So often, when we find ourselves saying, “I never knew,” we are quickly overwhelmed by the regret of wondering what life might have been if we had known.

Would we have said something else, or somehow acted differently?

We suspect that indeed, we would have.

Anyway, we should have.

And this is why we have Ash Wednesday.

We have Ash Wednesday because, deep down, we do know.

Even the smallest of griefs is already pointing to the truth at the foundation of our lives, and yet we forget.

So we have Ash Wednesday in order to remember.

We remember the love that has gotten us this far.

We don’t have to wish we’d found a way to say the words we long to say, or to do the things we’re called to do.

So much remains before us if we will just try. But we must start now.

Ash Wednesday is the day when we remember. It is the beginning of a season of reflection and preparation.

It gets us ready for Easter.

But more than that, it is an invitation to live fully at last.