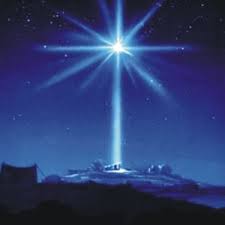 A couple of weeks ago, our daughter Grace performed in her first school concert, as a member of the Julian Curtiss Choraleers.

I’m a bit embarrassed to admit my surprise at how good they actually were.

It is amazing what they do — the harmonies they find — with just 45 minutes on Friday afternoons in which to find them.

And though Grace is not in the school band, the band also performed, and I decided that there must be a special place in heaven for Elementary School band teachers, these good souls who believe so deeply in the power of music to make good people.

Only a special kind of person can hear a wrong note blare out of a trombone played with gusto, and warmly praise the gusto.

God bless them for that.

And so there we all were in the school gym, on a Thursday evening in December, with little brothers or sisters on someone’s lap, with some coloring in their “Frozen” coloring books, and others bribed into stillness by the chance to play “Angry Birds” on someone’s iPhone — all so that we grown-ups could have a few moments just to take it in.

Just yesterday, that sweet little kindergartener with the brand new backpack was holding your hand all the way to school, and today she’s one of the big kids, up there singing the harmony to “Dona Nobis Pacem,” or maybe she’s one of the kids sitting in the band, the one in the front row, playing the trombone with gusto.

It didn’t matter which it was.

Because, as happens from time to time in life, the world in all its complexity paused, and there was just this moment of deep tenderness and love.

Christmas is about pausing, too.

It always has been.

To say that the early church was a place of constant squabbling actually understates the anger of its disagreements. The disagreements within the early church were fierce. This was particularly true of the debates around just what was supposed to be meant by the idea of Jesus as both God and human, the understanding of Jesus as God’s Incarnate Word.

But nobody ever disagreed about the mystery and power of that pause on the first Christmas.

The stillness of the nativity scene seems to point to a quiet that blankets — that embraces — all Creation.

It’s a very particular kind of silence if you think about it.

We tend to think of silence as an absence of noise.

And yet this silence is not that.

The silence of Christmas is the kind of silence that descends when the conductor picks up her baton — it is the silence of love, of hope and expectation.

So tonight, also, once again, the discordant groans of each individual instrument as it seeks to come into tune do finally pause, and on the other side of that pause they are transformed into an orchestra that plays with one voice.

So much is broken in the world and in us.

But tonight, we remember that love has picked up the baton, and as we pause again, in hope and expectation, we remember…we remember that even with our sins, even in our brokenness, we are invited to join the symphony, just the same.

Is that what they all understood to be happening away in that manger, so long ago?

Mary, the young girl wise beyond her years, seems to have known.

The magi, the tenured court astronomers from far away, with nothing worldly to gain from being there, seem to have known.

But the others seem more simply to have found themselves there, shaken out of the darkness by the apparition of this strange comet, a word which (as I learned this week) turns out to mean “long-haired star.”

I also learned that comets come from the far side of Neptune, many of them shaken out of Neptune’s orbit by fluctuations in gravity caused by passing stars and galactic collisions, which is worth knowing only because, although the shepherds were not astronomers, they would have known a thing or two about what it was to be shaken out of orbit, and to have your life set in motion by titanic collisions.

To be a shepherd then was to live a precarious existence in the countryside around Jerusalem.

When it came down to it, the world’s ever-present capacity for disruption and heartbreak would have been familiar to them, indeed.

Yet on this particular night, the comet that began in the shaking of orbits and the crashing of galaxies came not, in turn, to scatter them.

It came to call them home.

And so it is that, just as it was that first Christmas night, women and men with their orbits shaken are invited home.

For all those with their orbits shaken by loss and loneliness, injustice and indifference, violence and vitriol — to all these powers that would shake us — the Lord said “Stop! Enough!” just as the angel looked down and said to the children of earth “Be not afraid!”

Be not afraid…because God has proclaimed a new beginning.

Be not afraid…though the conductor has raised the baton, and you scarcely feel ready to begin.

Be not afraid…for love is not simply the destination. Love is also the way…it is also the road…and as we take our steps along that way…as we learn to walk that road, we travel always with the one who first came to join us on this very night, and who loves us more than we can fathom.

Do you come tonight with a heart already lifted in expectation of God’s new dawn?

Young people, newly in love, often find themselves full of love and hope for everyone and everything because loving and being loved has changed the way they see.

The expectant silence of Christmas is the delighted pause of that kind of love, finally made complete.

Or do you come tonight as a pilgrim, as a shepherd, finding yourself on the move because something has knocked you out of your orbit, and you aren’t entirely sure just where you will come down?

Sometimes we feel as if the world is not our home.

But no matter what, we have a home in God.

Love still has a place for us.

Tonight, if we listen closely enough we can hear it — can’t you hear it? — the murmur of the angels, come to tell all Creation that in the baby born in Bethlehem, we are finally and forever free.

Freed to love, at last.

Original Theme Music - Philosophy On Life, The Universe And Everything...