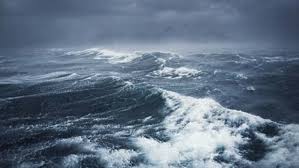 On my very first day of divinity school, at my very first morning chapel service, we did something that seemed curious, even a little gimmicky, at the time.

I don’t know what I arrived at the service expecting—I suppose a lot of singing and earnest praying, and I’m sure the service definitely had plenty of both, too.

But near the end of the service, the dean of the chapel came forward and said:

“Friends, now we are going to offer you a few minutes to compose a letter to yourself about your hopes and prayers and worries for this coming year—or if you prefer, for this whole journey of divinity school.”

“We will also offer you an envelope. Once you have written your letter, if you wish, you may put your name on the envelope and seal it, and we will keep it in this box and keep it here in the chapel until the morning of your graduation. Then you may have it back.”

Well, I’d heard about stuff like this. Truth be told, it did not seem like something that would be my thing. But you know, it was the very first day, and I understood that new experiences were part of the deal, so I did as I was told.

I wrote a lot about my worries, and in writing about them, I realized I had quite a few.

Was I really cut out to be a pastor? Was going back to school at the ripe old age of 34 somehow “too late”? Everyone seemed so earnest and kind and Midwestern—what would happen when they found out I was from Brooklyn?

But there were deeper questions, too.

First among those was what this new venture would mean for my marriage – my first marriage – which was already quickly crumbling at the time.

In fact, unbeknownst to me, it would end just a few weeks later, on Columbus Day weekend.

The other question, though it wasn’t exactly a question, was just the feeling that I had in those days that, somehow, I hadn’t heard from God in awhile.

This wasn’t what I had been expecting.

In the lead up to my initial decision to go to divinity school, I had felt God’s presence in all kinds of situations and through all kinds of people.

High school teachers can see a great deal of triumph and tragedy in the course of a normal day. Seeing God in all that is not hard to do—frankly, I think you have to work harder not to see God.

But then summer comes, and life is not so intense, and people don’t need you with the same kind of urgency—and most of us look forward to that and recharge in those weeks, but I hadn’t, at least not that year.

Truth be known, I’d had a long, dry summer, when God did not seem to be in any of the places that I had grown used to seeing Him, and I felt betwixt and between.

My prayer life wasn’t what it had been. My marriage was filled with silences. And I felt adrift—not just from God, but somehow from myself.

That was new. And not so welcome.

So, excited as I was to be starting divinity school, this all weighed on me heavily.

Maybe you know what such seasons in our lives can be like.

Many of us have been through seasons that are even harder—seasons when something that had seemed so very clear before suddenly grows murky, or even dark.

Many of us know what it’s like when the answers we’ve relied upon seem abruptly full of holes—when our hardest-won answers now seem subject to questions we’ve never seemed to notice before.

The English Bible translator J.B. Phillips once wrote a short devotional book titled, “Your God Is Too Small,” and for faithful people, that is how such seasons in our lives can often feel—as if even God, at least as we’ve understood Him, is no longer big enough to make sense within the world as we now understand it to be.

It is a rude awakening, to put it mildly.

And it’s then that I think we encounter the real depth of Jesus’ question in this morning’s Scripture, when he asks the disciples, “Where is your faith?”

Now let’s remember at the outset that the circumstances are a little more dire than mine were.

Being caught in an open boat in the middle of a sudden storm is a particularly vulnerable kind of moment.

This isn’t just them being nervous nellies, either—many of them were fisherman, of course, and not the kind of people who fasten their seatbelts at the first sign of turbulence, before the captain even bothers to turn on the sign.

Luke confirms their worst fears, saying that the boat is, indeed, taking on water and that they are in danger.

So surely the disciples were to be forgiven if they were terrified and suddenly wondering where God was in the middle of this storm.

And how baffling it must have been, then, to see Jesus there, in the middle of it all, sleeping peacefully in the stern, not a care in the world.

In all the crashing and banging and chaos of that moment, amid all the fear that would paralyze anyone who let themselves go there, I can’t say for certain if the disciples are calling on Jesus as a way of calling on God, or if they’re just calling for all hands on deck.

But whomever it is that they’re calling, it’s God who answers.

It’s God who rebukes the storm.

And of course, it’s God who asks this immensely important question—which is actually the only line of dialogue that Luke bothers to record from Jesus in this whole story.

It is, to be sure, another kind of rebuke. First, Jesus rebukes the storm, and then he rebukes the disciples.

There is a distinctly, “Guys, how could you?” quality to this moment.

Of course, it’s not really “Guys, how could you wake me up?”

But this leads to the key moment.

Luke ends his story without further ado by saying, “And they were afraid, and they marveled, saying to one another, ‘Who then is this, that he commands the wind and water, and they obey him?” (8:25b).

Because it’s then that they begin to realize that their God has been too small.

It’s then that they begin to realize that something very deep inside each one of them is being called to shift.

God’s world turns out to work in ways that they hadn’t quite understood as well as they had thought.

Who then is God?

And I guess I would just say, this doesn’t strike me as a question of doubt.

It’s the question of a faith that is changing. Changing, and just as clearly, growing.

It is an unsettling fact that for us, growth so often feels like doubt. It can be bewildering, in some circumstances, terrifying, and in many more, just terribly lonely.

Or perhaps it is more accurate to say that if faith is more complicated than we sometimes think, well, so is doubt.

But clearly, when the truth as we’ve understood it no longer seems to fit, and we begin to doubt it, it isn’t that nothing is true. It’s that how we are grasped by the power of a new insight, a new recognition of the truth, has not yet taken hold.

To be a disciple is to trust that there is always a “then” – always a new perspective that will come into focus.

But we cannot get there until the old answers begin to lose their grip.

And so there must be room for doubt. Doubt is one of God’s preferred ways of reaching us.

I think that was a lesson I learned on my last morning of divinity school, when the dean of the chapel processed in to our final worship service, carrying a large box full of the letters that my classmates and I had written on that first day.

It was not simply that my grief and worry had turned to joy, though that was also true.

It was that I realized how close God had been in those early days, that when He had seemed so very absent, it was that God was calling me, reluctant though I was, into a new and far more hopeful future.

Something much more powerful and beautiful had been set in motion, and the love of God was way bigger and more wonderful than I could possibly have understood.

“Who then is this?” the disciples asked.

It is our doubts that remind us that the answer is always a surprise.