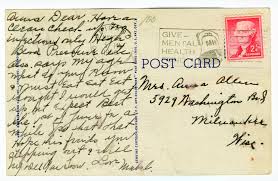 Back in my sophomore year of high school, when everyone in my grade suddenly started agonizing over their grades on each and every test and paper, it did not take me long to get caught up in the whole thing.

Like most people, I was more interested in some things than others, and I joyfully put in extra time in some areas without even realizing it, while in other areas it did not work that way.

I would read ahead for English class, even when I nearly missed dinner because of it. But each and every second I spent on Algebra II felt like a piece of my fleeting youth I would never be able to recover.

I could recite the 23rd Psalm in French because learning that was fun; however, when my Biology teacher tested us on a book he had assigned called “To Know A Fly,” I’d read the book so inattentively on the airplane back from Christmas vacation that I not only failed the test, but my teacher felt obligated to observe, “Mr. Grant, not only do you not know the fly, I’m not sure you ever even met the fly.”

(Teachers could say that sort of thing back then.)

Nevertheless, in sophomore year, with everyone around me talking constantly about how the stakes had suddenly gotten higher for us all, it seemed suddenly as if the subjects I loved and worked hard at weren’t good enough, while the ones I didn’t like and avoided were actually going worse than I thought.

And so came the day just before the end of the marking period, when in back to back classes, I got back an English paper I’d been proud to turn in the week before, and then a math test I’d stayed up long past curfew to prepare for.

And it turned out, unfortunately, that I hadn’t done very well on either one. Which is to say, I got a B+ on the English paper, and a C-/D+ on the math test.

I was convinced that my future was suddenly in severe jeopardy.

Crying was distinctly frowned upon for boys at my school, unless we’d just lost the Andover game, or something.

But I managed to sob myself to the classroom of my favorite teacher, Ms. Oakes, who sat me down and let me explain and handed me Kleenex, and all those things that teachers like that do.

And finally, after I was calming down, she smiled and said, “Max, let me ask you a question. And be honest. Do you truly think that you’ll still be upset about this a year from now?”

And this is the part of the story where I just want to say that teachers are scandalously underpaid in this great nation. If you’re a teacher, whatever we are paying you, we should double it tomorrow.

Because like so many other sophomores in the world, when Ms. Oakes asked me if I thought that in a year, I would still be upset about my two disappointing grades, I looked her right in the eye, and I said, with a big helping of how-could-you, “Ms. O., this is the worst day of my life. I will never forget this day.”

Well, eventually the crisis passed. My friends and I settled into sophomore year, and most of the time, the future seemed pretty much as far away as ever.

That spring, I decided to apply to a year-long school program in France for my junior year, and I got in, and off I went, and that was great.

And one day, when I was over there, I went to my mailbox , and there was a postcard with a picture of the Academy Building of my school on it.

It was a postcard. From Ms. Oakes.

And friends, it’s then that I realized that there is nothing more beautiful in this world than the long game.

Yes, indeed, there are other games. Diversions, amusements, challenges, surely. But there is nothing that compares to the long game.

I think about this during this time of year.

I try to remember about the long game.

January, as you may know, takes its name from the Roman God Janus, who had two faces—one that looked forward and the other backward.

So many of us do just that, ourselves, during these days—we remember the year just past and look to the year ahead. But it’s more of a short-game thing for us…anyway, it is for me.

Last year at this time, I was very certain that I was going to be very serious about losing some weight. I didn’t, though, and so, as I’m looking into 2016, I’m trying to imagine how I will go about it differently this time.

Within this world of what-will-you-remember-one-year-later, I guess that’s one thing that I do remember.

But yesterday, I was trying to remember what my New Year’s resolutions were for 2014, and I don’t remember any of them.

Which is just what my teacher, Ms. O., was saying, right?

Whatever it was that seemed in such great need of changing has either become so chronic that I’ve just decided to live with it, or somehow, it managed to resolve itself all on its own, without my help.

But there are other things I very much do remember.

Because by contrast, what I really do remember are those moments when I got to be with people—when I got to pray with them, or for them, when I was let in on some piece of important news that they were digesting, when I got to be a witness to the unvarnished truth about their life.

I remember moments with my kids and with Liz and with my parents.

I’m not sure we really acknowledge the spiritual significance of that kind of remembering.

But what it tells me is this: It tells me–reminds me–that what’s deeper than any resolution are the moments when we feel as if we truly know and are known by those we love.

If there’s anything this side of a miracle that has the capacity to change us, it’s not our resolutions—it’s that love.

I’m very sure of that.

That, for me, lies very much at the heart of John’s gospel.

If it reminds you of the opening words of Genesis, which also begins with the words “In the beginning,” well, that’s on purpose.

The Book of Genesis imagines how it was that all things were called into being.

First God makes the light, then the heavens, then the seas and the land, and the things that grow, and the stars in the sky, and the moon and the sun, and the fish, and the birds, and the cattle, and then humans, and finally the Sabbath itself.

Because what John wants to say is that before all that creating, before this world we know so very well came into being, before God had reached over to press play on the great CD player of the world, there was Jesus.

There was Jesus. Watching. Waiting. Counting the minutes until he could join us—so great, so eager, so delighted and concerned for us, so fascinated by who he knows we really are, was he.

John writes: “What has come into being in him was life, and the life was the light of all people” (v. 3-4).

And he might just as well have that “what has come into being in him was love, and the love was the light of all people.”

Because it’s clear that what John wants us to know about Creation is not simply that it happened, or that there was order or purpose at the start of it all.

John is saying that God is playing the long game with the world—that he’s not content merely to create it, but that he loves it—he loves us—and what God wants is for us to know how deeply we are loved.

If we would only join the wisdom of the long game, and open ourselves up to the transformation that God wants so much for us.

What if this year, we resolved to love one another as Christ loved us?

There’s a resolution for us.

Friends, we spend too much of our time and energy worrying about things that won’t matter to us, even a year from now.

We focus our will on projects and plans and visions of ourselves that we probably won’t even remember.

What we will remember is the love we were able to give and to receive.

What we will remember is the new beginnings we find in each and every day that come with knowing we are loved.

What shapes our future is the love we are able to share today, however tentatively, however uncertainly, however inadequately.

The only thing really worth practicing and getting better at is love.

And John proclaims that for all that changes in our lives over the course of a year, or over many years, what matters most is what was true all the way back at the beginning: that abiding in us and in our world is the deep and wondrous love of God.

So often, it seems as if our lives leave us beside ourselves.

John reminds us that through all that comes, we are under the care of the God who always stands beside us.

“And the Word became flesh and lived among us, and we have seen his glory, the glory as of a father’s only son, full of grace and truth” (v. 14).

May this year be a year full of grace and truth for all of us.