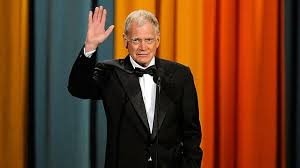 This evening, TV personality David Letterman will host his final episode on “The Late Show.” For many, it feels like the end of an era; for others, there is a sense of “Didn’t he just start a few years ago? What, retiring already? Won’t he be bored?”

Certainly, I grew up with Dave—I remember when he was still at NBC, and things were low-budget enough (and kooky enough) that he snuck into the studio of “Live at Five,” which was next to his studio, and stole the Stanley Cup
…which was sitting off-camera, unguarded. I was 10; that was fun.

But Johnny Carson is the one I miss, and though he has been gone for some time, there are times I still miss him. Curious, I dipped into a recent, thoughtful biography about him last year, and it was there I learned how private he actually was—how what was in his heart was something he could show onstage, but often only there. Something about one on one interactions was just too hard for him—maybe too personal. It drained him so easily, and he needed to reserve every bit of his energy and stamina for The Act. It was in The Act that everything came together—and when it came right down to it, Carson was willing to sacrifice just about everything in order to keep it going.

I suspect that Letterman may be a little that way, himself.

Was that selfless or selfish? Either way, did he end up thinking it worth it? Perhaps only Carson (and, with a little time and space to reflect, Letterman) can say, for sure.

That said, the Christian vision of the virtuous life tends to think that being all by ourselves is neither good for us, nor what nurtures the good in us. It teaches that communion and community are closely related concepts.

At Pentecost, which we will celebrate this Sunday, we are reminded that the message of Jesus was not intended as private consolation for one or two people—it was a message that his followers were told to share widely—and their coming together as a community was in order to live out and then go tell that message, which was never imagined as a solo endeavor.

Communion with God and human community are mutually constitutive—they are inextricably bound together. They may even make one another possible.

May our church always be a place where people learn to live into that mystery.
See you in church!